← more from
Neurot Recordings
Get fresh music recommendations delivered to your inbox every Friday. 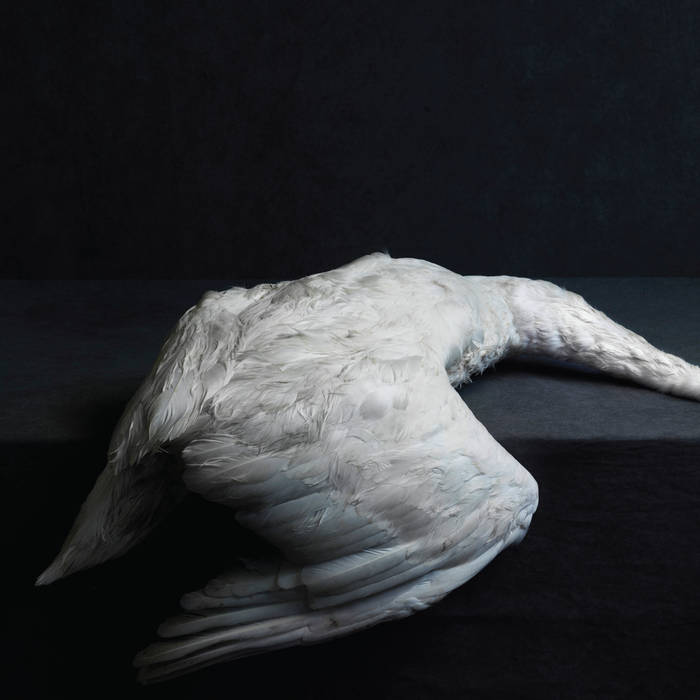 Darknight Heavy and beautiful are two words to describe this immense album, it seems to bring up great emotions inside when you sit back and listen. Amenra have produced a truly stunning beautiful album. Favorite track: A Solitary Reign.

Contrasts have always been deep, and at the very heart of Amenra's music, ever since they started uttering their Prayers and holding their Masses, eighteen years ago already. Tormented darkness has always coexisted alongside luminous beauty, thunderous impacts instantly followed by frail, delicate subtleties. Songs that seem to engulf everyone in the world at once suddenly feel like they are being whispered to you inside the isolation of your solitary womb. The time that we have waited for a new Mass, this Mass VI that is now finally materialized and ready consume and be consumed, seems itself to also be a double-edged sword – on one hand, and although Nowena | 9.10, Mass V's closer, seems as final as anything we've ever heard, like something that should be playing when the world itself comes to an end, we are parched all the same for new Amenra songs to enter our life and remain there as the others from the past have done, and continue to do during the band's impassioned live performances. One the other hand, the wounds inflicted by Mass V still have not turned to scars, they still itch and they have been made wider by the ways the band has found to interpret their material in different ways in the last few years, from acoustic performances and recordings to several collaborations with like-minded artists, there hasn't been any kind of absence or withdrawal.

In any case, ready or not, Mass VI is here, and more than any other album in Amenra's past, it highlights those contrasts in a deeply affecting way. The eerie quietness of the first couple of minutes of Children Of The Eye announces the coming storm, and the nine explosive, cathartic minutes of this opening song hold in themselves all the strikingly disparate emotions that we have come to expect from Amenra. Colossal riffs shake the very foundations of our being while singer Colin H. Van Eeckhout shrieks so agonizingly that we can almost picture him on stage, clawing at himself, back turned to us, underneath that one spotlight, feelings laid bare for all to see but at the same time locked in himself, profoundly alone. "I cast no shadow, light is too profound", he spits out. When it's almost too much to bear, there is a crack of light, the sonic rage subsides briefly, the guitars are not on fire for a few seconds, and Colin sings to us as in a lullaby, as he has done lately with his own solo project, CHVE, "one tear at a time", as he whispers softly. The delivery is entirely different, but the intensity is the same, the song continues its uninterrupted path until everything catches fire once more. Nothing but the sparse, spoken seconds of Edelkroone could have followed this, a few seconds of respite before the band starts to carve yet another gash in our heart with Plus Pres De Toi. Three opening songs, three different moods, three languages – English, Flemish and French –, but the impact is the same, tremendous. And all of this is just the beginning. Mass VI is an emotional rollercoaster until its very last second, until Diaken is abruptly ended at its very climax, as the last breath of an expiring life.

While every band member is seemingly being stretched to their physical limits throughout, Mass VI comes across as a true unified effort from Amenra, arguably more than ever before. The dedication of Colin, Mathieu, Lennart, Levy and Bjorn to their art has seen their traditional lineup roles blurred throughout the entire process. No one was confined to one task or one instrument. According to the band, bassist Levy wrote and played a lot of guitars, guitarist Lennart and vocalist Colin also played bass, among many other examples of boundless creativity at work. With everyone pitching in wherever inspiration and circumstance took them, the music took on extra dimensions and became so much more than the sum of each part. The guitarwork is able to express unimaginable weight, both physical and spiritual, as well as weaving melodies of the utmost delicacy, and the rhythm section can either rumble like a consuming thunderstorm or retreat to the shadows with the same flowing spontaneity as the atmosphere dictates.

As always with Amenra, everything comes directly from the souls of the musicians involved, they are capable of establishing connections with their listeners more profoundly than almost any other band, because they are direct heart to heart connections. Thus, this pain, this sorrow, and also these fleeting moments of joy, they come from those hearts. They are all too real.
"It took us a couple of years as always to find the right mindset to write an new album. Works of music whose creation was fuelled by pure necessity," Colin explains. "We needed to write, at this point. Finding inspiration in depression, sorrow and despair. Levy found himself in a dark place for some time, where he shut himself off from everyone to write new music. It was the first Mass album he helped writing, and his being is felt throughout the entire album. Lebon, our drummer, celebrated the birth of his newborn son. We were all saddened by his mother's and Mathieu's father's cancers. And for me, personally, my firstborn son had to have a tumor removed from his head. It seriously shook my ground. Fate strikes and strokes. Where there is Love there is Pain." No love without pain. No life without death. No light without darkness. That is the conflict at the heart of Mass VI, at the heart of each and every one of us, at the heart of what it means to be human, to live and to love and to lose, and few other pieces of music will wrench that ambivalence out of us and present it in such an acutely overwhelming fashion.

It's hard to think of a better person to capture this sonic enormity than Billy Anderson. The legendary American producer was already the chosen one for Mass V, and between Neurosis' Through Silver In Blood, Sleep's Dopesmoker, Eyehategod's Dopesick, Cathedral's Endtyme or Brutal Truth's Sounds Of The Animal Kingdom, among many, many others, he's been a decisive element in the building of many a true classic. Mass VI was recorded in the Belgian Ardennes, a region of thick forests in the south-east of the country, where the band was snowed in for a week, and reportedly ate the same soup for eight days straight. There was surely something in that soup…

Amenra's confounding and compelling sound that mixes surrealist melody and warped subtleties with churning rhythms, pummeling riffs and crushing dynamics stands on it's own.

Bandcamp Daily  your guide to the world of Bandcamp